In October, after a few months of volunteering, some great treks, and many weekends spent in Lima with friends, I had the opportunity to visit the ancient city of Caral, located nearly 200km north of Lima, with some of my fellow volunteers. The owner of a Lima hostel had recently started a new hostel in the town of Caral outside this ancient, hard-to-visit city and was trying to get support for a nonprofit he had also created. He offered to take us to Caral in his 4×4 so that we could explore the ancient city, stay in the new hostel, see the work he is trying to do, and meet the local kids of Caral.

Caral is believed to be the oldest city of the Americas, a settlement established 5000 years ago. The diligent work of Dr. Ruth Shady led to the pyramids being uncovered not even 20 years ago, and they continue to be studied by Dr. Shady and her team. The easiest way to visit Caral is through a tour or using a private car, but it’s possible to get there on bus and stay in the town. 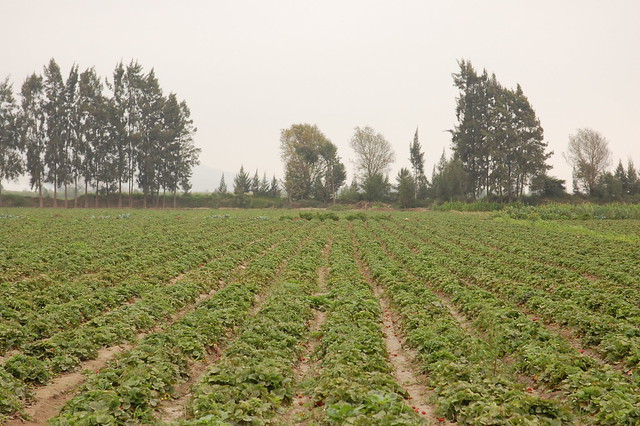 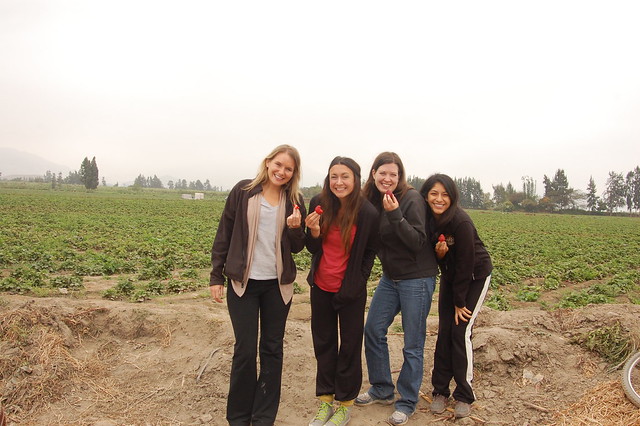 We left Lima early in the morning, heading north on the Panamerican Highway. Our first stop was at giant field of strawberries, where we got to try the delicious fruit and take some with us at only 15 soles a pallet! 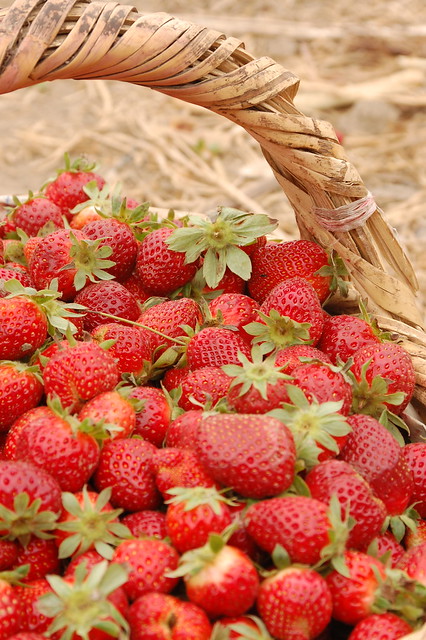 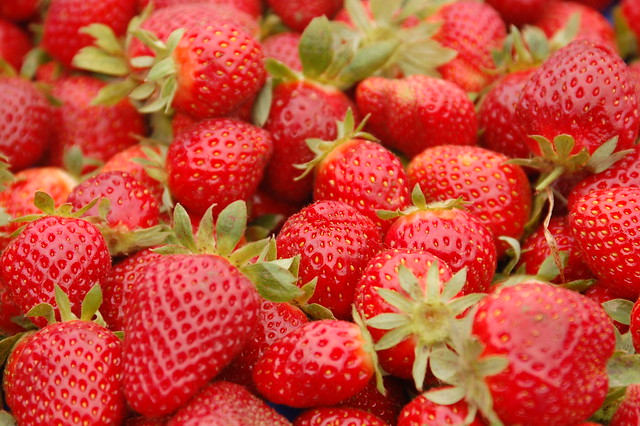 From there, we continued on north until we reached Caleta Vidal, a small town on the coast right before the inland turn-off to Caral. It was nice to see the coast again up so close, along with all the sea creatures, like crabs, seagulls, and starfish! 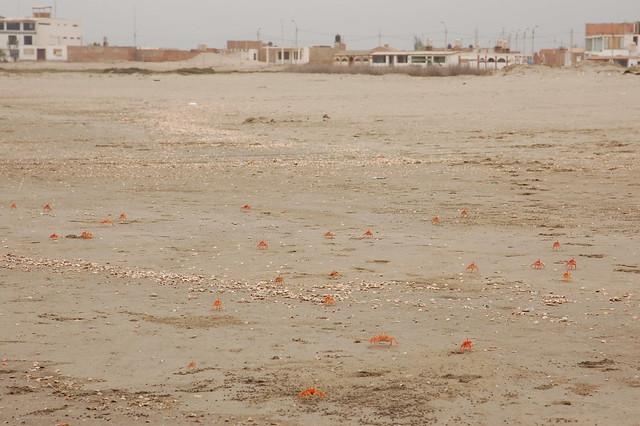 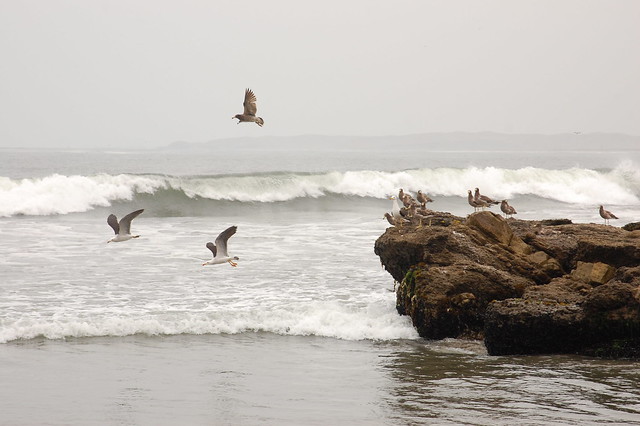 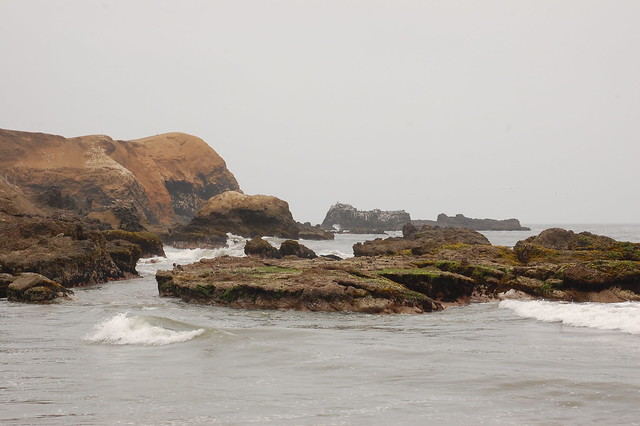 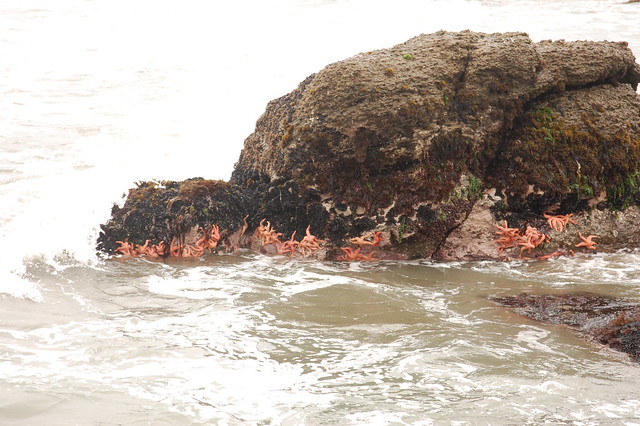 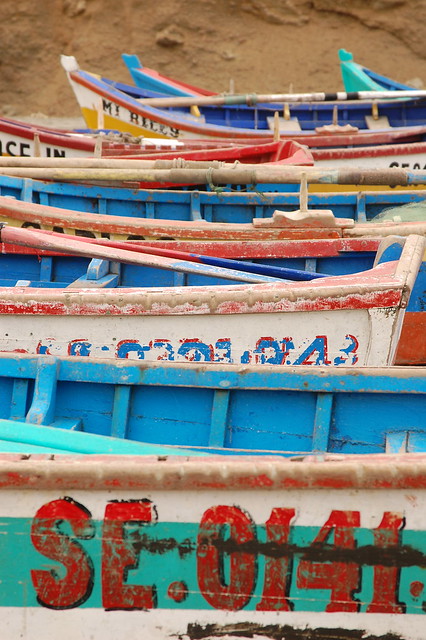 Colorful fishing boats to liven up the grey morning!

After enjoying the coast, we began the trip inland. The 18th anniversary celebration was held the following weekend, so we saw everything being spruced up. Along the way, we also stopped to appreciate the crops growing in the fertile land of this region. 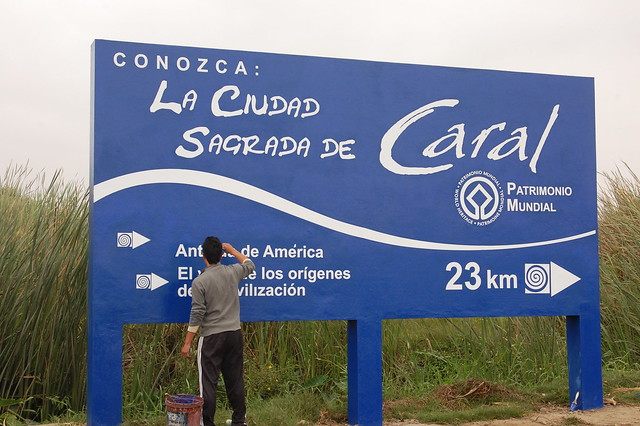 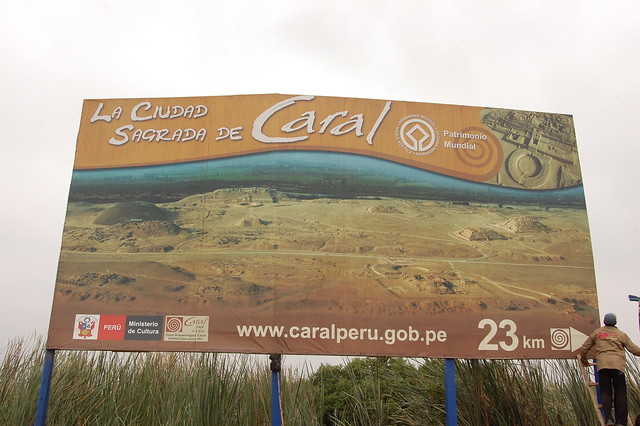 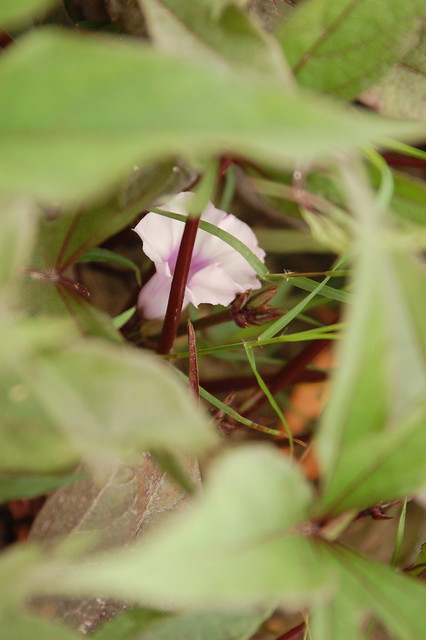 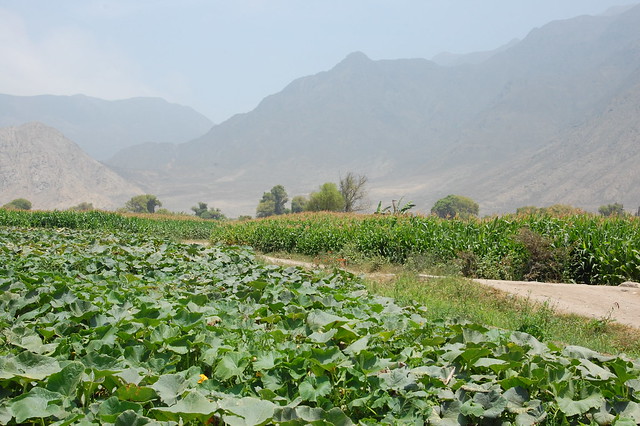 And then we continued on to the main event: seeing the pyramids of Caral for ourselves…in the next post!