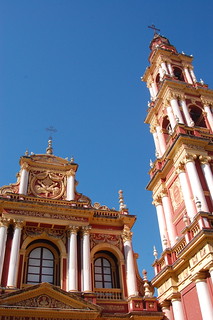 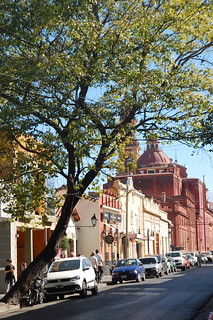 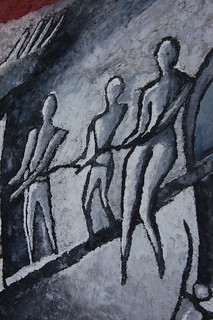 For years, I have been telling people that they must visit, Salta, Argentina, my favorite city in the world, set amongst some of Argentina’s most impressive scenery. I first visited Salta in 2001 after a two-week long cultural and language immersion in Tafí del Valle, Tucumán with my study abroad program. We were bussed through the amazingly beautiful Quebrada de Cafayate and spent a day in Salta before flying back to Buenos Aires. I liked it enough that I returned in 2002 at the end of my year abroad, and spent a week there, taking in the northwest Argentine atmosphere and culture. I made a point of returning in 2007 while I was doing research for my Master’s thesis, and found that Salta had blossomed into a vibrant, modern city.

Sometime in the last few years, Argentina started to require a $160 tourist visa for Americans hoping to visit the beautiful country. That was a significant chunk of my traveling budget, and I wasn’t sure it would be worth it. Coupled with the winter storms complicating the border crossing, I reconsidered visiting Argentina at all.  I emailed my mom with my doubts: “I’m trying to decide if I should head south to see more of Chile or head back to Peru if I can’t get to Argentina. Part of me feels like I don’t really need to recover all the places I enjoyed again, for some reason.”  She, wisely, responded, “I would pass on Argentina.  You have been there, done that.  There is too much other stuff to see.”

However, the border opened and I bought my ticket to Salta anyway, all the while reminding myself that this trip would be focused on seeing places I had missed during my previous trips to Argentina. 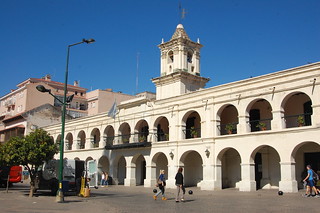 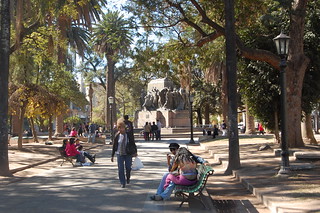 The thing is, my mom was right. I had been there, done that, many times, and the expression “You can never go home again” applied to my visit to Argentina. In fact, this is why I have struggled to write this post; my trip was so overwhelmingly positive and magical otherwise. However, this is the reality of revisiting your former home: Time passes, you change, cities change, and your perspective on places you called home changes.

Argentina has changed so much since 2001 due to its ongoing economic crisis, and yet the Argentine people struggle to adapt to their new reality.  Argentines are not Peruvians, they are not Chileans, they are not Ecuadorians, and they are certainly not Brazilians or Colombians.  They have reacted in a distinctly Argentine way to the most recent economic crisis, and I say this as someone who truly has truly loved and appreciated Argentine culture for many years.

Since the peso was devalued in 2001, foreign tourists have flooded Argentina to explore its truly unique scenery and culture.  However, Argentines remain distant, cold, and unfriendly to foreigners, as if they are resentful of this intrusion even as they need the dollars tourists bring.  Instead of embracing tourism as a revenue-generating national industry as Peru has, Argentina reluctantly facilitates tourism and misses opportunity after opportunity to market and highlight its special culture, people, and landscapes. 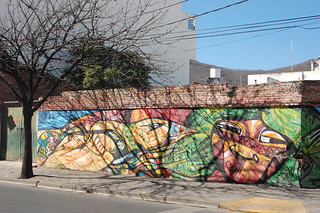 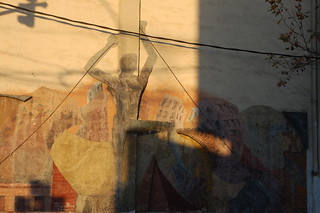 Salta was no exception.  Around the main plaza, Plaza 9 de Julio, with its distinctive, well-preserved colonial buildings, including the historical Cabildo, and the nearby Catedral Basílica de Salta, Salta maintains its charm.  Venture more than a few blocks away, and the city is very obviously in decay.  I stayed outside the main tourist areas and explored the city on foot and was shocked by the change in Salta la Linda (Salta the Beautiful).  Argentines have always been excellent at expressing themselves through art, and the plentiful murals throughout the city reflect the struggle of the hardworking Argentines.

Always curious, always a cultural researcher at heart, I chatted with business owners when doing my laundry, buying bottled water, and booking hostel stays and tours, trying to learn more about this change in Salta.  The country is in crisis, and it breaks my heart because there seems to be no way out.  When I moved to Argentina in July 2001, 100 pesos was equal to 100 dollars and the 100 peso bill was hard to change anywhere but the supermarket.  Now, 100 pesos has the value of a $20 bill, and small change is hard to find, as coins are not often minted nor small bills printed in quantity since they have lost so much value.  The bills are disintegrating and taped together, and they are nearly impossible to change outside of the country.  Frankly, it’s depressing. 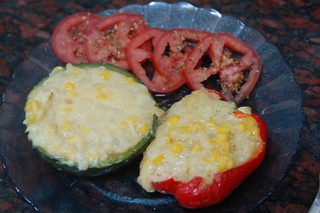 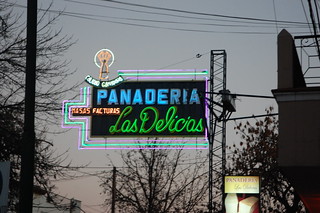 But at the end of the day, Argentina is not my country and I have been gone for far too long to really know about and understand the challenges my friends face.  All I can do is be an outside observer of these changes, a witness who tries to see and listen with compassion. So instead of trying to relive the glory of my past experiences in Salta, I focused on building relationships and connecting with people, and this made my time much better. When I think of my time in Argentina in 2013, I remember the people I met and the moments we shared.

For example, I quickly befriended one of the guys working at Hostal Salta Por Siempre, where I really enjoyed staying. An experienced regional chef, he was making and selling empanadas but none of them were vegetarian, so he sent me to the local grocery with a list of ingredients and taught me to make the above dish, local squash and bell peppers filled with a creamy corn custard, or humita.  Argentina has an ideal climate for agriculture, and the corn was so sweet you could eat the kernels off the cob.  The tomatoes were so flavorful that they needed nothing but a sprinkling of oregano to shine.  A few days later, my new friend made vegetarian empanadas and taught me how to fill them and seal them, a skill I used again in Tucumán and Mendoza. 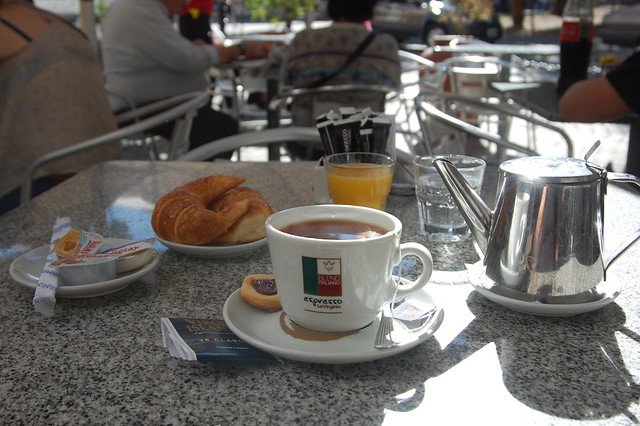 Merienda on the Plaza, Salta

In my dorm room, I also happened to meet an Argentine who had just finished a lengthy volunteer term working with kids in the hot, barren city of Rivadavia in northern Salta province.  He had given up his life in the corporate world to manage a volunteer program and, like me, became very attached to the kids.  He had left Rivadavia only days before and was struggling to process this loss, while also having trouble adapting to the busy, congested city of Salta after living in an isolated community for nearly a year.

As you can imagine, we talked for hours over Argentine wine about our relationships with the kids we worked with, showed each other pictures of our volunteer experiences, and emphasized how blessed we felt after taking this kind of risk and building these connections with our students within our host communities.  This was another example of life happening as it should; I needed time and space to process leaving Huaycán, and the universe threw someone going through the same thing as me right into my path.

Beyond getting to know these awesome men, I also decided to appreciate classic Salta culture.  I chose one of the many cafes on the plaza and sat in the warm sun to enjoy a merienda, or traditional Argentine afternoon coffee/snack with medialunas (Argentine-style croissants) and tostados (toast), served with jam, butter, and dulce de leche (caramel), a little orange juice, tonic water, and black tea for me instead of coffee.

During my visit, I also decided to visit the Museo Pajcha, a private museum which attempts to celebrate most of the cultures of South America in an eclectic, artistic way, taking the visitor on a carefully curated journey.  In retrospect, this museum was quite refreshing and inspired.  It may not have been the most informative, but it was memorable, interesting, and not as overwhelming as the larger museums often are. 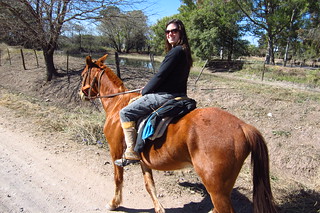 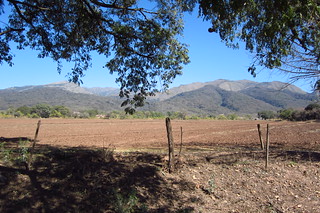 Horseback Riding in Chicoana, Salta, Argentina; Views of the Farmland around Chicoana

After a couple of days in Salta, I decided that I wanted to go horseback riding again.  In 2007, I had learned how to ride with Sayta Cabalgatas, which inspired my love for horses.  I decided to go back, and this time spend a night on the estancia (horse ranch) to really get the full experience away from the city.  As it turned out, I was the only one riding that day, so I got a private lesson.  I also learned all about Chicoana from my guide, who grew up there and for whom riding horses was as natural as breathing. 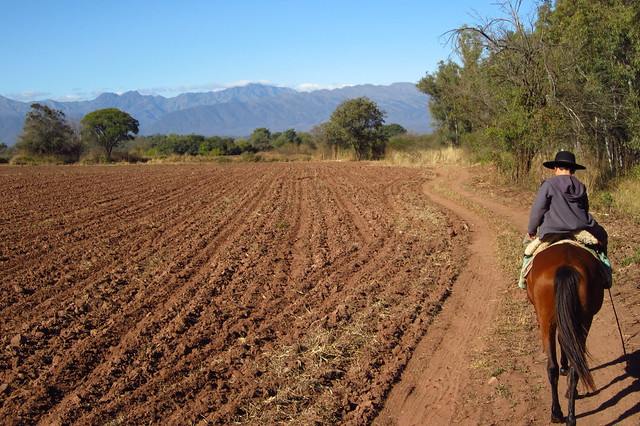 After a delicious lunch with the owner, Enrique, and his family, we set off again for the afternoon’s ride, this time with Enrique’s adorable, intelligent grandson.  This ride was similar to the first and gave me the chance to appreciate the pleasant, bucolic landscape of the farmlands around Chicoana a little more. 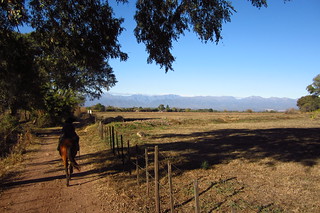 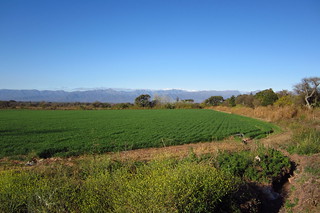 That night, I enjoyed more empanadas with some newly arrived guests and got my relaxing night’s sleep in a private cabin on the ranch.  It was weird to be so disconnected from the world, but after so much riding, I fell asleep quickly.  Before heading back to Salta the next morning, I helped the large, newly arrived group of mostly British tourists get settled on their horses, since most of them didn’t speak much Spanish.  This led Enrique to tell me about the volunteers he usually has working on the ranch, who basically socialize with guests and translate for the gauchos, who don’t usually speak much English.  I was tempted by the idea of staying here a little longer, but I had had enough of volunteering and was antsy to continue my journey.

Back in Salta, I had lunch at Chirimoya, a highly regarded vegetarian restaurant, before planning my departure for Cafayate the next day.  I ended up making the most of my time in Salta and learned a lot about how the city and the country have changed in the process.  Most importantly, I realized how much I have changed since 2001 and now see clearly how my perspective can color my perceptions, a lesson that never ceases to be valuable when traveling.