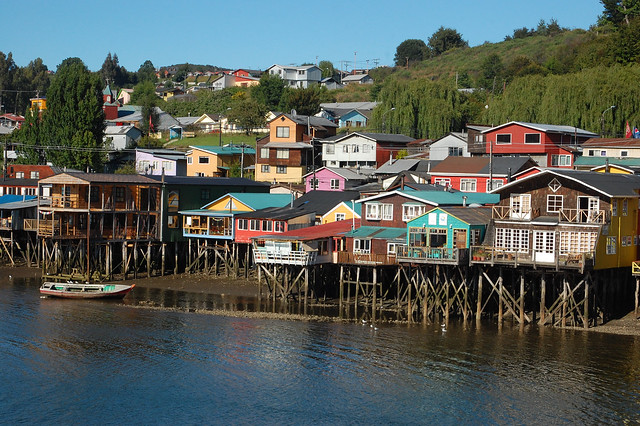 In the public imagination, the island of Chiloé is known for several specific things: its moody clouds that cloak the islands throughout the majority of the year; the beautiful, brightly painted wooden churches located in towns throughout the island; the fishing boats located in every port whose fishermen catch seafood for Chiloé’s famous cuisine; and palafitos, or houses built on stilts. While the fascinating mythology of Chiloé and the natural wonders in its countryside drew me to the island, I have to admit that I really wanted to see the colorful palafitos too.

Castro is the capital of Chiloé and its most cosmopolitan, or should I say commercial, city. Located an hour or two from the ferry that drops you off on the island, it is the most popular destination for tourists as it provides a central location to travel by bus to many of the other interesting towns on the island, as well as Chiloé’s national park. 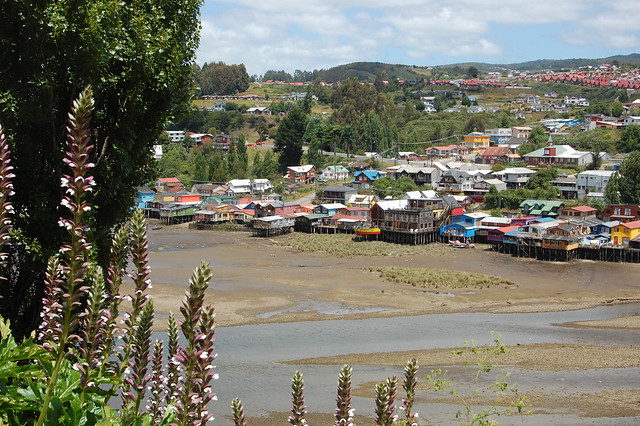 Coming Down the Hill Towards the Palafitos de Gamboa, Castro, Chiloé

After spending a couple of days appreciating Ancud and nearby Puñihuil, I headed to Castro to continue my exploration of the island. Due to my fascination with the palafitos, I decided to stay in one of the many palafitos now outfitted as trendy hostels in the Distrito de Gamboa (Gamboa District). Just a short walk down a long, steep hill from central Castro, this route provided me with my first, and arguably the best, views of the palafitos. When I arrived, it was afternoon and the tide was out, allowing me to see the palafitos rising up from sea level. 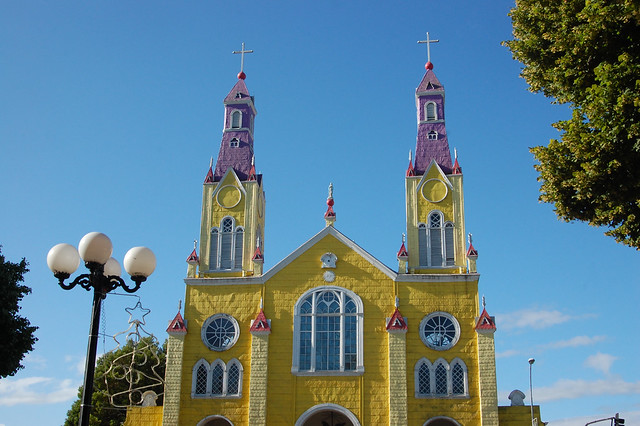 As I arrived on a Sunday, I knew I wanted to quickly check-in to my hostel before heading to the weekly artisan market in nearby Dalcahue. On my way to the bus terminal, I knew I had to get a sense of Castro proper, so I decided to walk to the Plaza de Armas, the main square located in the heart of Castro’s commercial district. 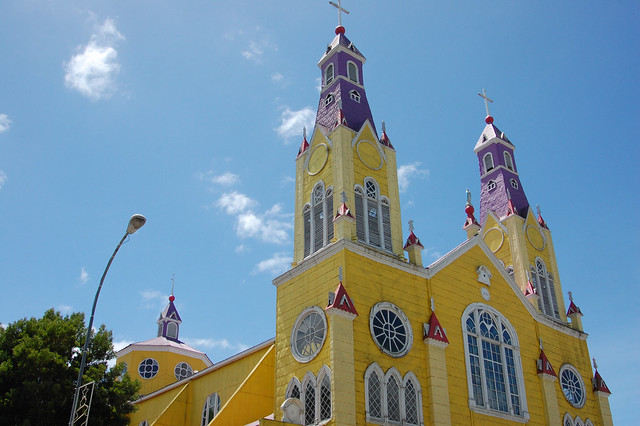 Of course, I had to check out Castro’s Iglesia de San Francisco, one of Chiloé’s UNESCO-protected wooden churches. While the canary colored church looks as majestic as a cathedral, especially when seen from the side, it is actually not officially a cathedral (that distinction goes to the cathedral in Ancud). I loved the bright yellow paint coupled with royal purple towers. 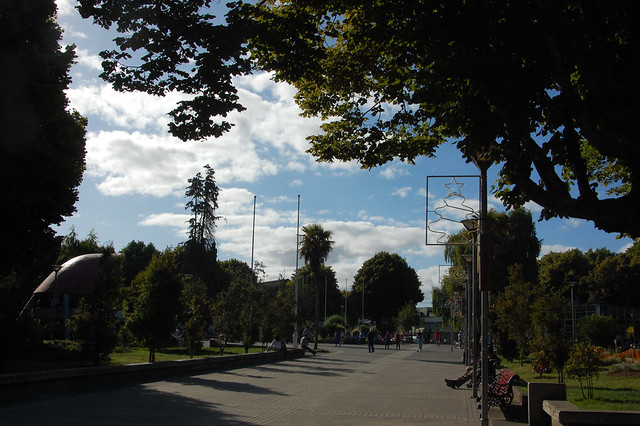 Castro’s Plaza de Armas is one of the prime attractions in the city, with wide pathways designed for strolling and plenty of seating options, especially on sunny days like those I was blessed with on my visit. 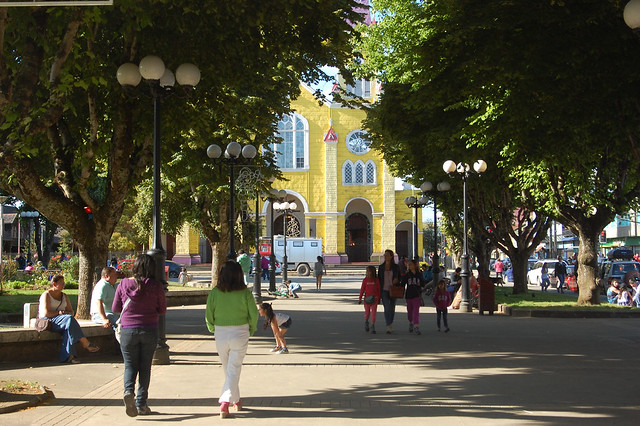 As in many cities in South America, the Plaza de Armas is one of the busiest places in the city, and a perfect place to people watch. While the rest of Castro’s streets are crowded with pedestrians and traffic, the Plaza de Armas provides a little tranquility. 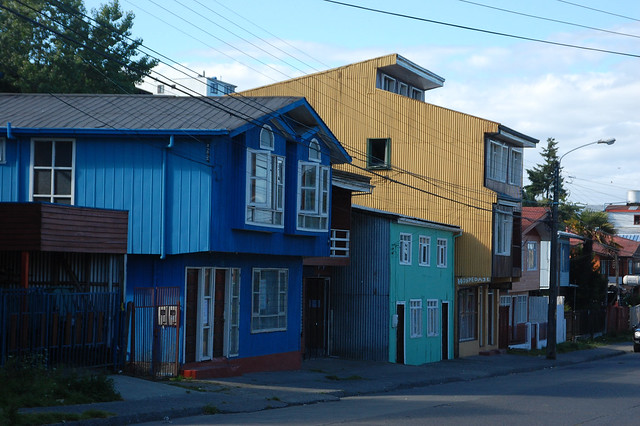 After returning from Dalcahue, I headed down to Calle Eusebio Lillo, which is home to several hostales, restaurants, and Castro’s markets, a good place to buy both artisan goods from Chiloé as well as local foods, including Chiloé’s delicious potatoes and seaweed (yes, it’s delicious too!). Although I didn’t visit at mealtime, I heard rave reviews about Restaurant Travesía from a professional chef I met in Ancud, located in this district. 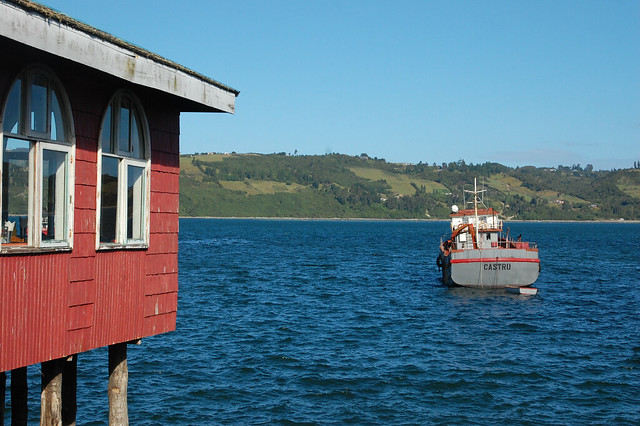 After checking out the markets, I headed over to the harbor to watch the fishing boats. This is also where you can hop on a boat and take a tour of the palafitos in this district, which are only visible from the water. 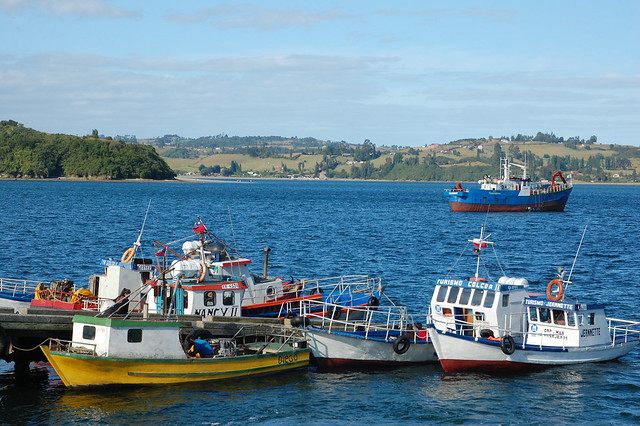 Boats in the Harbor of Castro, Chiloé

Although I opted not to take the tour, I’m sure the views would have been beautiful! Next time! 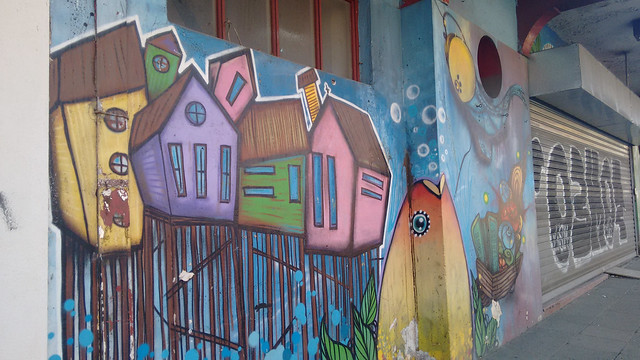 While Castro has some unique aspects (such as the aforementioned palafitos), I found it to be a pretty standard commercial city, much like La Serena, near where I lived in northern Chile. Since I had already fallen hard for Ancud, Castro couldn’t quite capture my heart.

That said, I liked how its street art celebrated Castro’s unique urban landscape, like this mural of the palafitos. It reminded me of Valparaíso’s art depicting the city’s colorful hills. 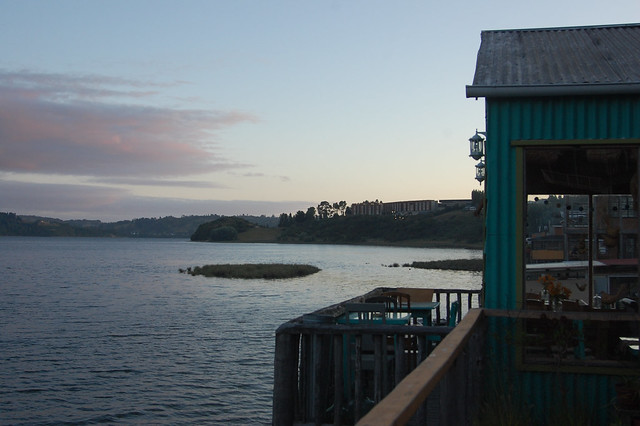 For that reason, I decided to spend most of my time appreciating the views over the water as seen from the palafito I stayed in. While the sunset provided nice views of the rosy clouds, I was in for a special treat the next morning. 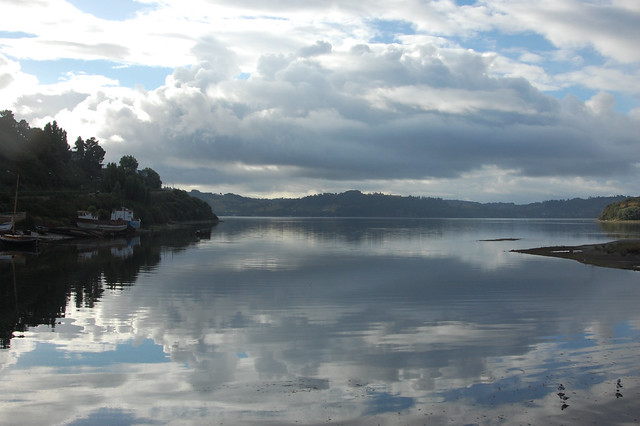 On my second day in Castro, I woke up early and noticed these amazing rainclouds over the water. In case you’re new to my site, I’m obsessed with clouds (especially when they reveal blue skies hiding behind!). The calm waters provided perfect mirror-like reflections of the many shades of grey, which were accurate predictors of the downpours I got caught in later that morning! 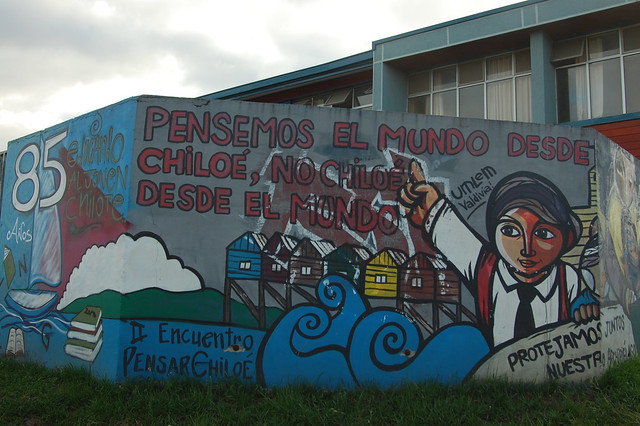 “Let’s think about the world as seen from Chiloé, not Chiloé as seen by the world”

Always in search of new perspectives on the city I’m visiting, I wandered down the long route by the water, heading downhill to the palafitos on Gamboa. At the top, I spotted this mural with a very important message for Chilotes, encouraging youth to define themselves and their relationship with the world, instead of only letting the messages come from outside. 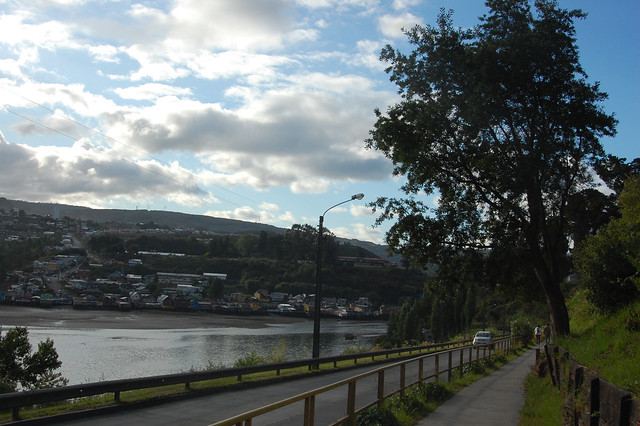 From there, there is a gentle walk down the hill, providing great views of the palafitos and a much calmer, quieter route from the center of town. This was a good way to appreciate Castro’s charm. 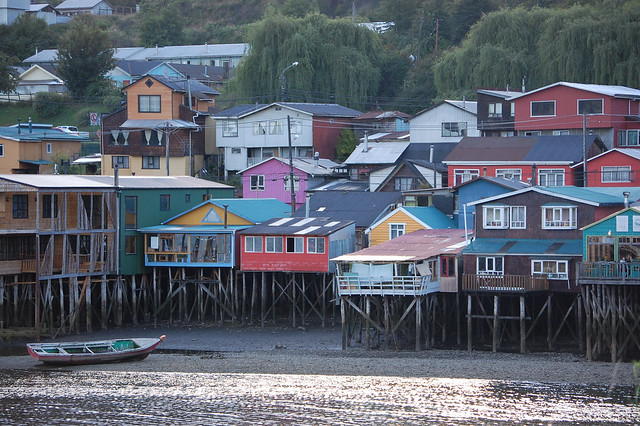 Yes, the palafitos are just as picturesque as the pictures suggest, and I do recommend staying in one if you don’t mind spending a little extra cash for the experience. 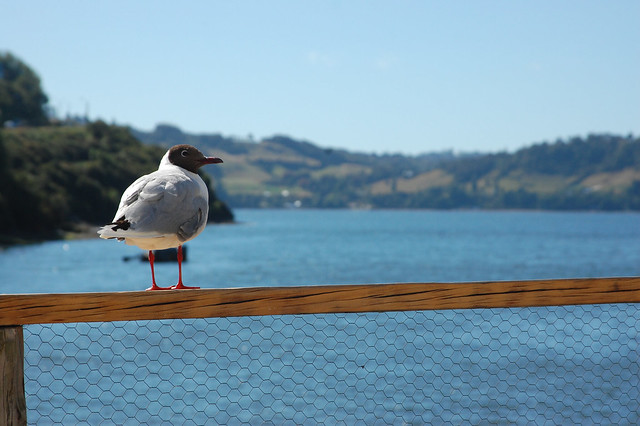 Seabird from the Palafito, Castro, Chiloé

For a day or two, it’s worth it to wake up to these lovely views over the water. On my last day in Castro, I was greeted with clear blue skies, which is how I got the picture that leads this post. I also enjoyed sitting outside in the morning sun and watching the birds playing on the palafitos.

If I’d had more time before continuing my journey, this would have been a perfect day to spend enjoying a leisurely lunch in one of the cafés located in the palafitos, so I suggest giving yourself a few hours to enjoy the laid-back pace on the island of Chiloé!