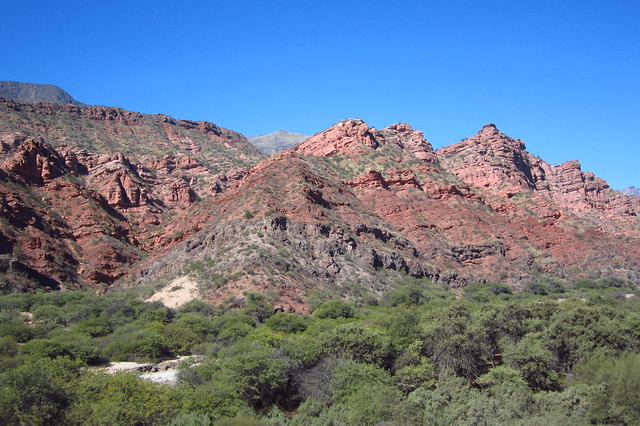 After several days in Salta, I was looking forward to visiting Cafayate. I had been to Cafayate on an overnight tour in 2002, and spent only a few hours in the sleepy town, looking at artesanía while my tour companions went wine tasting. This time around, I planned to stay a few days to soak in the relaxing atmosphere. 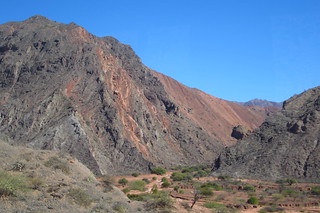 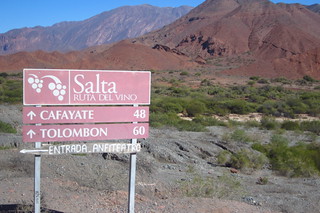 To get to Cafayate, you can take one of the frequent buses from Salta; the journey takes about four hours and includes a rest stop along the way. I took an early bus as I knew just how gorgeous the scenery was along Ruta 68, which passes through the Quebrada de las Conchas in the Valle Calchaquíes. I parked myself next to the window and snapped shot after shot after shot of the red rocks, my favorite type of desert scenery. 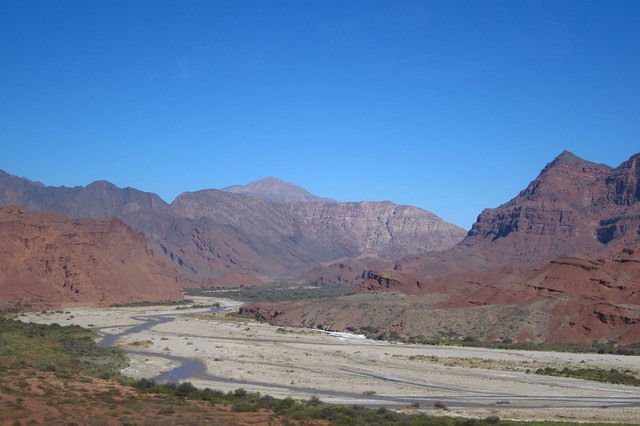 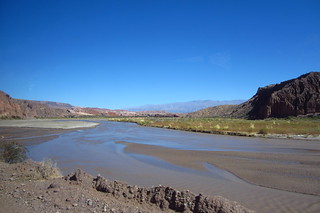 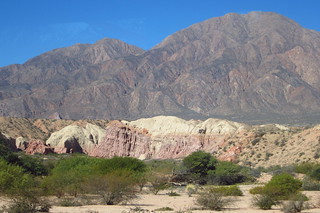 After arriving in Cafayate, I found my way to my hostel, El Almacén, a more mature version of a backpacker’s hostel with an attractive, simple design. All of the other guests were Argentine, as my visit fell during Argentina’s winter vacation period. My dormmates were also around my age, which meant I immediately had friends to chat with, and, most importantly, drink mate with! We headed to the park in the plaza to take in the gorgeous sun and enjoy mate, a typical Argentine pastime. 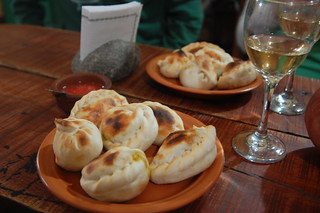 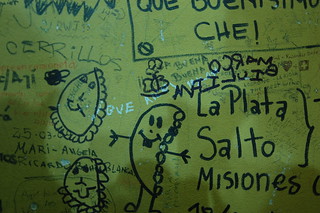 I convinced my new friends to come with me to La Casa de las Empanadas because I knew they offered several different types of vegetarian empanadas.  Here, we enjoyed an Argentine Torrontés as we got to know each other and admired the graffiti wall singing the praises of this delicious restaurant. 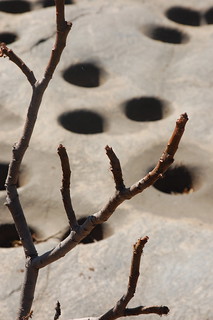 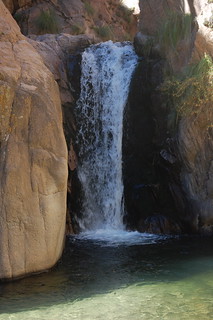 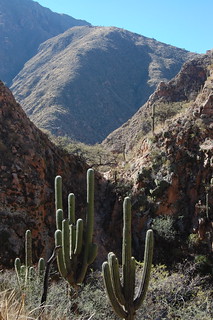 Determined to explore Cafayate both independently and actively, Romina, my Argentine hostel buddy, and I decided to go trekking near the Rio Colorado, where there are several waterfalls.  We got a ride from the guys working in the hostel, and they took us to these morteros, or ancient mortar and pestles carved into the rock.  Afterwards, they dropped us off at the entrance to the Rio Colorado, which is managed by the indigenous community El Divisadero that still lives in this area. 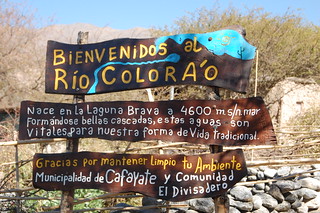 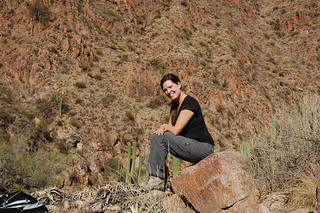 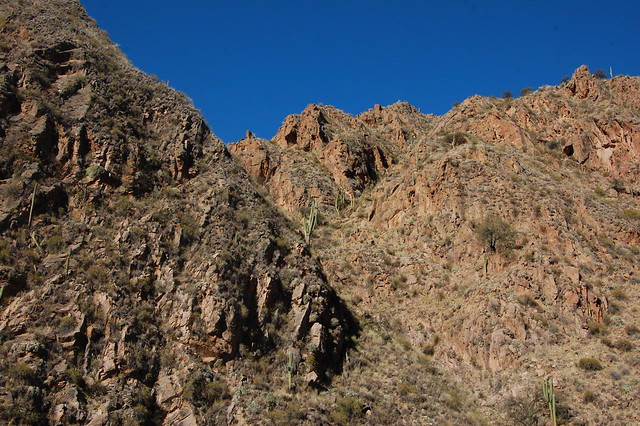 As it turned out, hiking in this area wasn’t as simple, budget friendly, or straightforward as we originally thought. Some of the local guides waiting by the entrance were aggressive to the point of rudeness and unwilling to negotiate prices that Romina was comfortable with. We decided to try it on our own, but soon discovered that there were no signs pointing the way and no clear path. We ended up giving up and hiring a guide who was returning with other tourists; he was talkative and supportive, so it ended up being a good decision. 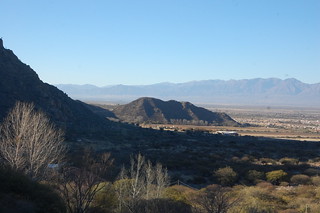 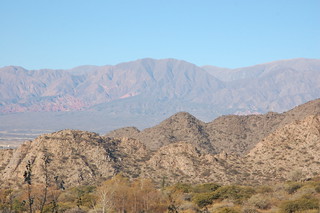 Views of Cafayate from Above the Rio Colorado

This hike is also a little confusing. The reason people go on this hike is that there are a certain number of waterfalls along the way, but since they are no signs anywhere, you have no idea if you are actually seeing a waterfall or just a small cascade of water. You have to trust your guide, but you get the feeling that they’ll tell you whatever you want to hear to squeeze a little more money out of you. For example, “If you want to see the next waterfall, it’s another 10 pesos per person, since it’s farther.” When we went back to the hostel, the owners looked at our pictures and told us that we hadn’t actually seen all of the waterfalls.  In the end, I didn’t really care. I enjoyed climbing around the pretty scenery, surrounded by all the cacti, and even doing a bit of rock climbing while scrambling up rock faces (which was scary but also fun!).

On the way down, we stopped at the viewpoint which gave us a nice view from above of Cafayate and the surrounding landscape. We stopped in at the little artesanía shop, where I bought a wooden matero and bombilla for drinking mate, and a sun weaving that is currently hanging on my bedroom door. 🙂 We ended up hitching a ride back to Cafayate from a Paraguayan. I think that was the first time I have ever met someone from Paraguay, and the accent is very distinctive! 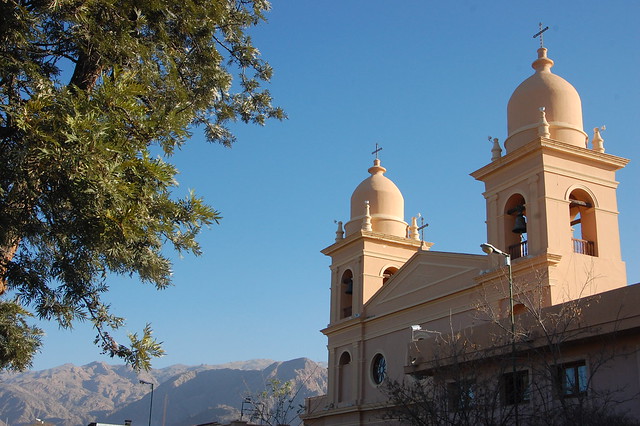 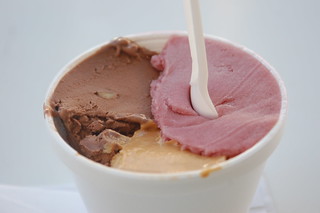 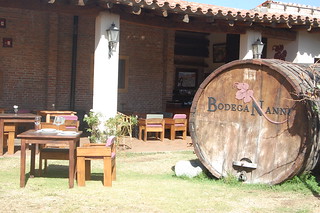 Cafayate’s Picturesque Church; Helado (Ice Cream) in Cafayate; One of Cafayate’s Many Wineries

The next day, I decided to take it easy.  I had wanted to rent a bike and explore the wineries around Cafayate, but I was still sore from horseback riding AND the hike.  I needed a day to write emails, research my next stop, and sort through pictures.  I also just wanted to enjoy the laid-back atmosphere of Cafayate, walk around a bit, and eat some ice cream!  I used to be obsessed with Argentine helado.  I decided to try Heladería Miranda, which is known for its wine-flavored ice cream.  I opted for the Malbec, which was not particularly tasty, along with dulce de leche and chocolate con nueces, which were much better.  That evening, Romina and I had dinner in the hostel with the guys who worked there, and then I polished off my wine while reading a book by the fire. 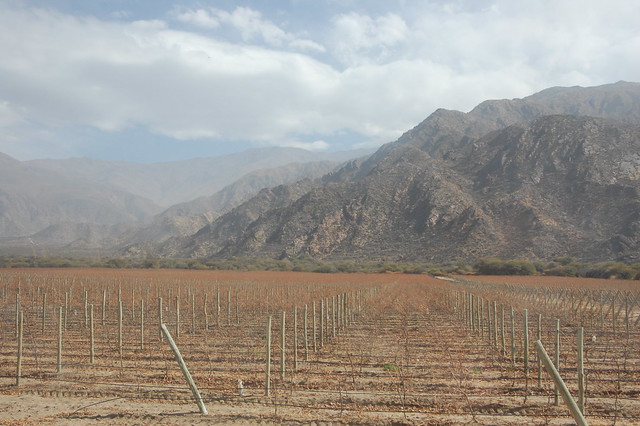 The next day, I decided to move on to Tucumán, a city I had yet to visit.  Before leaving, Romina and I tasted wine at a few of the local bodegas (wineries), a must when visiting Cafayate.  We bought some more empanadas to take on the five hour bus journey, and said goodbye to our hostel buddies before leaving the warmth and sun of Salta province for the rain and clouds of Tucumán.